(With thanks to the Watershed Ag Council)

“The Beach Boys,” Jack laughed when I asked him how he came to take up surfing in the chilly, rough waters off of New York City. His response was characteristically self-deprecating and as often, humorous, said with a twinkle in his eyes. He had discovered surfing as a young man in his travels to California and Mexico. And years later, as a NYC plainclothes cop, working vice on Manhattan’s Upper West Side—what he called a “pretty sketchy beat”—even in his off-duty hours, he craved a challenge. But it was really the appeal of being in nature, of being immersed, literally, in it, that drew Jack to the Atlantic’s coastal waves. “I loved the thrill of surfing,” he said. “But most of all, I just loved being on that board, feeling the rush of the wind, hearing the gulls, seeing a dolphin and once, even a whale.” 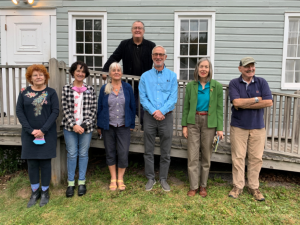 When I asked Jack, “So, are you an ocean guy or a woods guy?” He, ever the educator, answered, “Well, they’re the same really. Our bluestone was formed by the movement of rushing water, millions of years ago. And where we’re standing in the Catskills was once covered by a warm, shallow sea. And it may be again,” he laughed. “Everything in nature is connected and part of the cycle of life.” But Jack, who had a long, passionate relationship with woodlands, was, first and foremost, a woodsman. Born in Brooklyn’s Flatbush area, this city kid was raised in Queens, which then, as now, was rich in parks, many still thick with woods, criss-crossed by streams. 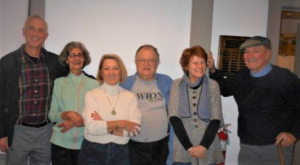 Young Jack was “always in the woods.” “Some kids like baseball, others nature,” he recalled. Jack was a believer in educating youngsters about nature. “If kids are lucky enough to experience nature, it exposes them to a whole new world.” As a boy, Jack witnessed his first development encroachment—he saw a bulldozer filling in a little-known pond he and his brother had stocked with “silvies.” “It gave me a mindset that forever connected development with heartbreak.”

Jack first came to the Catskills region in 1973, when he and his wife Nancy bought 10 acres near Hancock, where Jack and his son Kris enjoyed fishing together. Seeking more solitude and pristine space, in the preserved watershed lands, they bought their property in Andes, which eventually numbered over 300 acres. After his retirement from the NYPD in 1983, Jack increased his participation in and advocacy for responsible development in the Catskills. In 2011, he was awarded the Forestry Program’s Karl Connell Award, which “recognizes individuals for their wisdom, guidance, and leadership in promoting forest stewardship and protecting water quality.” Jack served on the Watershed Forestry Committee, and was an active member of the Catskill Forest Association and the Catskill Landowners Association. Along the way, Jack attended New York State Ranger School and graduated Summa Cum Laude from the New York Institute of Technology, earning a BS in psychology and criminal justice. His education gave him a better understanding of human behavior, which was invaluable for his job.

But most of all, Jack enjoyed being in the woods, first as a bow hunter, then as an observer of the natural world. (He eventually decided that he just wanted to observe animals alive, which Peg and I loved him for.) Jack would share, for 12 years, his adventures as the very accomplished wildlife columnist for the Andes Gazette—he was a vivid, knowledgeable, and compelling recorder of the natural world. Jack, who once hunted quail, formed a deep bond with his “emotionally disturbed grouse,” as he affec-tionately called this guy, who followed him everywhere in the woods.

Jack was a true Catskills steward—an ardent and committed caretaker and protector of the land, woods and streams he adored. He was also just a great and generous guy, who was loved by many. Hopefully, heaven is a never-ending Indian Summer day in the Catskills, and Jack is sitting on a bluestone boulder, watching his beloved wildlife in the woods and listening to the sweet sound of birdsong on the wind.~