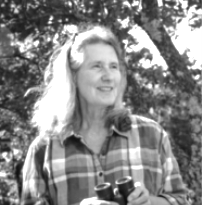 The surest path south is a straight shot. Long before we humans feel the change on that late summer day when the angle of the sun drops and signals that Fall is coming, many songbirds have already started their journeys.

An osprey was spotted by the reservoir a month or so ago; an October visitor who probably stopped to rest and find a bite to eat before continuing on. There’ll be an influx of bald eagle migrants on our open waterways for the next few months, increasing our usual population of more or less 8 adults around the Pepacton.

The smaller falcons and hawks passed us by mainly in September and October, but a few red-tails might straggle through till Thanksgiving, and northern harriers could still fly overhead even in December. Turkey vultures are gone from the Catskills by mid-November, if not sooner, but will be one of the first species to return at the end of February or beginning of March.

There’s one migrant species that flies down from Canada each October through November and hangs around until Springtime, then goes north again. Until a few years ago they were thought to bypass the Catskills on their way to Pennsylvania or Kentucky or West Virginia. Now we know that several individuals will stop by at favored high-altitude fields and ridges, hoping for good hunting, hoping that heavy snow might bog down some deer and turkeys to make them easy targets. These are the golden eagles. The majestic goldens are as big as the balds, yet because they are hunters, not fish eagles like the balds, the  goldens are a fiercer breed and very elusive. They stay high along mountaintops and are seldom seen. But farmers nearby have reported goldens pursuing small deer, and along with wild turkeys they will take rabbits and foxes; whatever they can catch. They are also opportunistic and will scavenge on dead livestock and gut piles left by deer hunters. 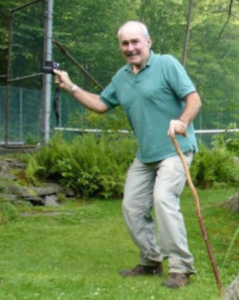 Which brings me to the next point I feel compelled to mention. When the golden and bald eagles, owls and red-tails see the left-overs in the fields and fly down to feed, they thoroughly enjoy the spoils. But as they eat those scraps, they also ingest particles that remain—tiny little specks—of bullet fragments in the meat, and if the particles are from lead ammunition, the effects are devastating. Whether acute from ingesting a large amount all at once, or chronic from swallowing occasional, smaller portions over time, the bird is ultimately rendered unable to hunt effectively. Vision and neurologic effects diminish a bird’s ability to accurately pinpoint and attack prey successfully. A hunting bird must be at peak fitness to survive. The result of lead poisoning in birds is that they slowly starve to death. The solution is quite simple: hunt with non-lead ammunition. If you can’t find any, let me know and I’ll help you locate some. 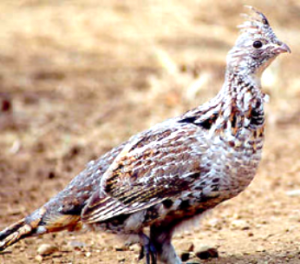 Jack McShane assisted in the years-long quest for golden eagles, when we (myself, my husband, the Delaware-Otsego Audubon Society, and the Eastern Golden Eagle Project) were trying to establish that the species is part of New York State’s—and the Catskills’—winter landscape. Jack generously provided a place for us to set up an observation site and loaned us the use of his ATV.  He was as excited about the project as we were, and shared in our elation as photos from our game cameras showed vigorous activity at his site. His exceptional stewardship of his land showed in all of his actions, and his delight in observing nature was so apparent in his writings. 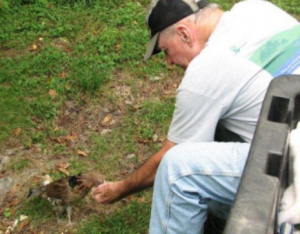 And I will never, ever be able to look at a ruffed grouse again without thinking of Jack’s crazy, possessive, amorous grouse. It adopted Jack, accosted him, and absolutely adored him for multiple years with some odd avian obsession that is weirdly not uncommon among the grouse population. Jack was amused by the bird, but he also felt a special kinship. It’s wonderful to be loved.

So maybe Jack’s flown south as well, in search of the perfect wave. I hope you found it, my friend. Surf on.~