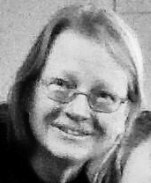 Once upon a time not so long ago, the Winter had been cold and snowy in the Catskill Mountains, with no warm spells to break it up. It became difficult for all of the wild creatures to find food, and so the fox travelled to new places to search for dinner. Just up the hill from the little Hamlet of Andes, he caught a big juicy rabbit. He noticed a small one as well, but decided to save that for Springtime when hopefully it would be bigger.

When Spring arrived, he returned there and came across a fat old hen who was happily searching in the tall grass for ticks to eat. It was easy for the fox to grab her and run. What a treat!

Every few days, he came back to grab another, until the chickens became wary and started staying together in groups closer to the house. When he went to grab one from the group, what a fuss!  Lots of noise and flapping and feathers everywhere!

“That was a close one for us!” the remaining chickens exclaimed as the fox ran off with another one of their sisters. “You’re not very fast – how did YOU manage to get away?” one asked the other.

“You don’t have to be fast, just NOT the slowest!” she answered.

Before long, the people grew tired of losing chickens and started to keep them enclosed in the backyard of their coop, surrounded by six-foot-high chicken wire fencing. The young lean ones got tired of not having their freedom and figured out how to fly out of the enclosure. The rest of the chickens were either too fat or too little to follow them. One day, three young chickens left, but only two returned to roost that night. Maybe it wasn’t such a great idea to have “flown the coop” after all. They stayed in.

The fox didn’t know what to do. A kestrel came along and gave him a plan. When she had landed on the fencing to look for rodents, the chickens had panicked and some had flown out of the enclosure. “Those silly chickens are too stupid to realize that you can’t get through the fence,” she told him, “so maybe they’ll panic and fly out again when they see you.”

It worked. Actually, the first time all the chickens made such a fuss that the person had gone out to see what was the matter. When she opened the gate to go in, four chickens raced out before she could shut it again. Only three returned that night.

The second time, two strong young  hens flew out. One stayed up on the roof and saw that the fox couldn’t get her when she was up high. She and two of her sisters escaped again one beautiful quiet day and roosted up in the trees for several nights.

Meanwhile, the people became desperate to keep the fox away from the coop. They had seen him by the fence and had seen him chase one of the hens across the field. She had been fast, and able to get into a tree before he could get her, but still…

The woman gathered the thorniest bushes she could find on the hillside and spread them on the ground outside the fencing. Then she poured out a big stinking container of people piss onto that. When the fox returned and was looking at the prickly stinking mess, the man saw him and ran outside. He looked him in the eye for a moment. Then the man GROWLED and chased the fox away.

“What crazy people live there!” thought the fox. “This is not worth chasing after skinny chickens and going home still hungry!” And so he left.

The little rabbit, who by then had gotten much bigger, happily hopped freely around the yard. In all the fuss over chickens, the fox had forgotten about her!~