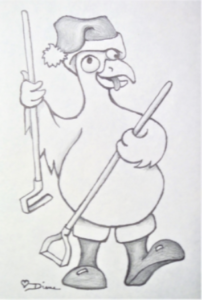 Although I have gardened for most of my life, my gardens had all been relatively small, living as I did on mostly quarter or fifth of an acre plots. One yard was bigger but had a swimming pool so, ironically, that garden was even smaller. Then I started helping at the Restoration Farm in Old Bethpage, Long Island, and they put me in charge of maintaining their newly developing pick-your-own herb and flower garden.

Small gardens are easy to maintain, especially for a younger, more agile person. Very large gardens are quite another story, and aging adds on a whole new dimension of aches and limitations. In the beginning of my tenure at the farm, I spent countless hours on my hands and knees in order to eradicate the Mugwort that grew there. For those unfamiliar with the plant, it spreads underground through vigorous rhizomes, like mint does, so that any tiny little piece of it left behind will sprout into a new plant. I spent an awful lot of time and care making sure the soil in each bed was totally clear of rhizomes before moving on to the next one.

Of course, other weeds from stray seeds quickly popped up in the beds cleared of Mugwort. That was when I learned to use a Stirrup Hoe for those areas. There are other names for them, but I think that one is most descriptive since they really do look like what you put your foot into when riding a horse. They are used by simply rubbing the flat bottom of the hoe back and forth over the top of the ground. The action cuts or pulls out small weeds, which can be left there to die or gathered up to discard. When this is done often, the weeds don’t get a chance to grow or spread more seed. On occasion I stop to pull out a stubborn weed or pick the ones that are too close to the plant I am growing, but this “scuffling”, as I call it, allows me to maintain large areas without taking much time and energy.

Eventually the owners of the farm bought new hoes that work basically in the same way but are shaped differently. This hoe is open on one side, which allowed me to use the small end to easily get into tighter spaces and even to dig down a little to uproot some of the more stubborn weeds. Unfortunately, I didn’t think to find out what the hoe was called before I left, or where to get one.

I missed it so much that I searched for one of my own soon after moving to Andes. I finally found something similar from Johnny’s Selected Seeds, a company I like to buy from because they are a collective. (I like the idea of the workers being an active part of the ownership.) Their tool is called a Long-handled Wire Weeder. It has a smaller head than the one I had used, so I was disappointed at first, until I realized that I could get into even smaller spaces with it. It’s also not sharp like the other one, which for me is probably a good thing. With this one I am less likely to accidently chop off the plant that I want to grow!

In looking up the name of my good buddy the Wire Weeder, I found online what is most likely the type I had used on the farm. It is called a Ploskorez Swage Hoe. It is larger and sharp.

Whichever weeding hoe you might decide to use, a frequent “scuffling” with a hoe is definitely a much easier way to control weeds than getting down on your hands and knees to pull them, especially as aging makes those knees much stiffer!

The chickens and I wish you a wonderful holiday season. Hoe, hoe, hoe!~