By Jack McShane
An important almost always very enjoyable task for one who writes about observations in our natural world is getting out there. In mid-March I endeavored to accomplish as much of this as I could and also co-joined this with other tasks such as pruning apple trees and clearing trails and some lawn areas of leaves and fallen brush. It was on March 24th that I had Nancy inspect an unreachable and unseeable very itchy spot on my back that had been bothering me for a few days. What she discovered was a fully imbedded and engorged tick. She deftly and slowly removed it with a small plastic tool made just for such an operation. Being that it was fully engorged, it was obvious that it had been feasting there for at least 3 or 4 days well beyond the time needed (48 hours) for the critter to possibly pass on Lyme or other disease into me. A quick call to Margaretville Advanced Physicians had the prescription for the necessary antibiotic. The regimen of 2 a day for 14 days was begun. I want to publicly thank these very professional, efficient and caring folks at our Margaretville Hospital, as we are very lucky to have these wonderful folks at our beck and call. 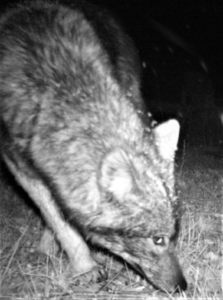 End of March into April was a tough time of evictions and dislocations. So, what the heck am I talking about? It was the season for the cleanout of the forty-some bluebird boxes, (not that the only attractees are bluebirds,) that are posted in many locations on the property. Then there are the twenty or so wood duck boxes located in the vicinity of ponds and wetlands. Many are in need of repair and get repaired. As to the evictions, almost all these small structures attract the intended species, but many do not as they become the chosen domicile for other bird species and a number of small mammals. It is important to do this cleaning out of last year’s nests so as to stimulate nest building and hence desired procreation. What one comes across as the clean-out process proceeds can be interesting and, in some instances, both 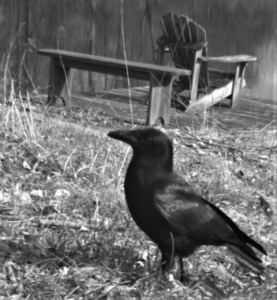 unnerving and emotional, such as when it comes to, or not to, remove a mouse or two or three that have, with obvious great effort, constructed a snug nest that enabled them to survive winter weather and many predators seeking to make a meal of them. Sometimes if it is a nasty weather day there will be no eviction, I let them stay. Why a bluebird over a mouse? Such prejudice! One time upon opening the door two flying squirrels came literally flying out, and as I was closing the door to let them be, a third flew out onto my shoulder, and then to the base of a nearby tree. So many surprises! You just never know what will happen during these cleaning operations.

On April Fool’s Day I watched from the kitchen window at a long distance with binoculars where an interesting escapade was occurring. At the edge of a distant field there were three tom turkeys lying about a yard apart with a fourth strutting and continuously circling one on the end. Finally, the circled bird got up and shook himself off. This did not deter the circling and strutting by the other. Eventually the others got up and all four moved slowly off with the circling dance of the one continuing. Now, having hunted and watched wild turkey antics most of my mature life, I have never before observed such a performance. In my mind it begs the question: did the strutter believe the other was his main competitor for a receptive hen or was it that he had a crush on him? I have no access to the inner workings of the minds of these wild creatures. My word to all four of these guys is to beware as you go about entertaining the local hens: as of May 1st that plaintive hen call may be instead that of a well camouflaged turkey hunter, cocked and ready.

Having been tagged as the “infernal optimist” by an elderly, (she was younger than I am now), and much esteemed board member of the Catskill Forest Association when I was president of the organization, I am determined now even more  to remain true to that mantle she attached to me. So, think not what will become of us, but be of good cheer and get into the natural world. Explore and observe, the results of which can be relaxation, happiness and even great wonder. Enjoy the very specialness of our Andes environs!~