On the weekend of March 9-11th, the ACS Drama Club entertained the community with a musical comedy, Legally Blonde, adapted from the movie of the same name. Alexis Redden, the brilliant comedienne we remember as the caterpillar in Alice in Wonderland and the tyrannical matron in Annie, played Elle, the romantic lead, a sorority girl at Harvard Law School. Opposite her, in startling contrast, were, her all-too-serious college idol (James Camuti) and a charming young lawyer played by James DePierro (Fagin, Captain Von Trapp.)

Samantha Camuti delighted us as the hair stylist smitten by Hunter Kitchen in his guise as the dream-boat UPS man. A poignant Dusty Richards sparked a burst of applause as she led her fellow jail mates in a sinuous dance. Leandra Edelson made a convincing on-stage turn-around from stuffy, contemptuous law student to a friendly admirer of Elle. And a petite puff of a dog (“Patches” in real life) nearly stole the show.

As always, the chorus members and stage crew met their cues, Lisa Valkavich’s choreography kept things moving, and we are grateful to Elaine Peck who directed with finesse despite snow days that wiped out rehearsal time. ~ 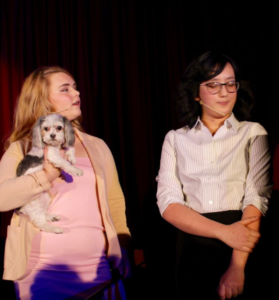 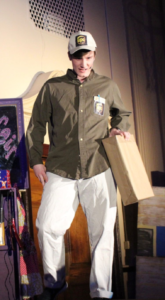 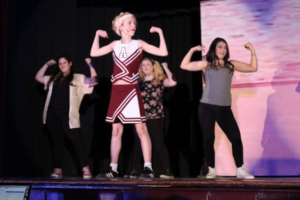 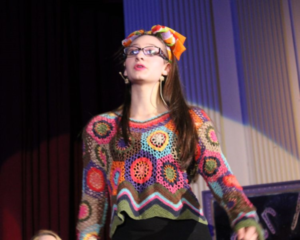 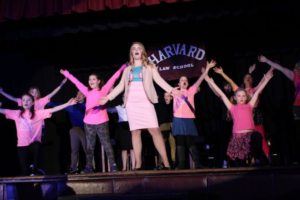