A son was born July 20, to Mr. and Mrs. Reese Finkle on Palmer Hill. [Jim Andrews: I’m thinking that this was Frances’ husband Jim’s father (also Jim) or uncle (Reese).  They are definitely closely related and Jim and Reese lived on the farm on Palmer Hill.]

While engaged in hiving a swarm of bees Mrs. Robert Little on Cabin Hill, was attacked by the bees and stung 38 times on arms and hands.

Ed..: Excerpts below from messages sent home June 22, 1917 by Donald MacWhirter on his experience in the American Ambulance Corps to his parents, Mr. and Mrs. Hugh L. MacWhirter of Denver, Colorado, the mother being a native of the town who was visiting in Andes at the time of publication. [JA: I don’t know her maiden name, but I believe they are buried in the Andes Cemetery—the plot is easy to find since it’s the second plot in on the right when you drive in the main gate (behind Armstong’s).]

Between 50 and 75 people were made ill last Wednesday by eating ice cream at a church social at Margaretville. 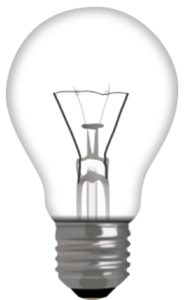 Andes is to have electric lights. The public service commission has granted a charter to William T. Hyzer to install a plant and furnish electricity to patrons for lighting purposes. The village trustees had already granted permission. [JA: I believe this to be a large Delco plant which generated direct current from a gasoline powered generator and the power was stored in large battery jars. The generators were only run when the batteries got low.  Not everyone got their house wired as it was expensive. There were still homes in the village lighting with kerosene well into the 1930s. William T. Hyzer owned the livery behind his house on Main Street (Dana Leal lives there now) and quite possibly the plant was back in the livery. I also know that the Delco plant was once located in the former Armstrong Mill building—whether this was the same charter or not, I don’t know.]

It is reported that a certain party recently brought thirty bottles of beer into town and that the entire lot was stolen by another person, who proceeded to have a glorious time.~