FIELD NOTES: A Past Encounter and Present Sightings – June 2017

About thirty-five years ago things were settling down as each of us performed our assigned duties on my friend’s boat 30 miles off the coast of Long Beach, Long Island where we all lived. The exception was a Texan who, to put it lightly, was a loudmouth macho braggart who tried to dominate everything, especially conversation. My son Kris, 10 years old at the time, had the job of ladling out the clam chum to attract sharks for which we were fishing. Our target specie was the Mako shark, a spectacular fighting fish that often made giant leaps when hooked and one of the tastiest of fishes, even superseding swordfish. Kris would occasionally give me a glance conveying a silent disdain for the loudmouth, my similarly conveyed response being that we just have to put up with him.

We all, except one, remained calm, including Kris, as we all knew that observing one of nature’s magnificent sea creatures close up was a special and lucky gift. Tex was frozen in apparent terror, ranting how “we shouldn’t (expletive) mess with that thing.” 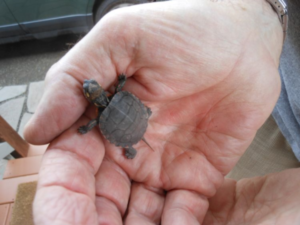 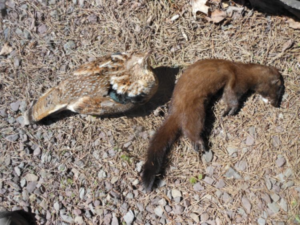 Meanwhile, my friend made a futile attempt to get one of our largest baits out. Nothing we had would be large enough to attract a bite from this awesome beast, nor did we even have tackle big enough to handle him if he did take the bait. Kris could not conceal his grin as we made wordless eye contact relaying our father/son agreement that Tex was nothing but a loud braggadocio with underlying fears and lack of self-possession.

Let it be known to all my Texan friends that I recognize that this gentleman was an anomaly, that most of you Texans are lovely people. Although I have somewhat demeaned you, Tex, I would still like to thank both you and that beautiful Great White for a special day that brought a father and son into a sometimes rare full agreement and special bonding. I do at times miss the wonderful salty ocean and its wonderful critters.

Nature locally: Exciting flight details about Andes’ own Golden Eagle named Sisu, fitted with a tracking transponder this past winter, have been received. Sisu left Andes on April 17th, was in the vicinity of Indian Lake in the Adirondacks one day later, then to Tupper Lake, and on another day north of Montreal, Canada. For Sisu there were no flight delays due to rough removal of passengers.

The ponds here on Bussey Hollow have been receiving visits by many water-loving birds; mallards and wood ducks aplenty, a lone kingfisher, and a great blue heron. A pair of Canada geese have settled down and are brooding eggs in a nest on one of the islands; a pair of American mergansers have scouted the waters, and they might even take a liking to one of the available wood duck houses as they are tree cavity nesters. I found a just-hatched painted turtle the size of a quarter rescued from a doormat and freed it at a pond edge. We had a rare visit by a wood thrush under the feeder, and the missing male cardinal made a return visit just prior to the feeder being downed by a bear.

One of the fields along the Tremperskill was hosting a killdeer, a cool sandpiper lookalike. A male grouse that was killed when hitting a garage window turned out not to be my friendly EDG, the emotionally disturbed one. Whew! The dead guy and an intact road-killed mink have been taken to the local taxidermist for preservation.

May 1st, the first day of turkey season: my son Kris’ report: 3 toms, missed one, a hen, 7 deer, 4 flying squirrels evicted by a pair of wood ducks, a bear sniffing my hen decoy, a tom turkey not taken, but still a great day for nature observance, which is what good hunting is about.

Awakened in the middle of the night by a gnawing sound, I immediately recognized the culprit: a porcupine. My thought was OK, no matter, as he was attacking some old rustic wooden furniture on the porch that needed replacing anyway and I fell back asleep. Not quite OK. Morning arrived, and with coffee in hand, Nancy found severe damage to our back door. To her consternation I dismissed this incident as one of the costs of living in the country. I was not so dismissive when I discovered that my car had received wounds to the wiring that cost $654 to replace.

“When I am out of sight of living, growing grass, and out of the sound of birds’ voices, I am not properly alive.” William Henry Hudson. Very nice, William, I agree, but I shall not add the sound of gnawing porcupines.~