Back in November I attended a conference up in Windham titled “Challenges to the Catskill Forests” along with two Andes buddies with interests similar to mine. We learned about the damage caused by the overpopulation of deer, invasive plants, and invasive insects, particularly the emerald ash borer and the wooley adelgid that threaten our ash and hemlock trees. I met a lot of folks I had worked with over the years, many whom I had not seen in 10 or 15 years. A lesson learned is that it is not only me that is aging. OK having said that I want to detail a conversation with a gentleman I met over lunch who is a log buyer/wholesaler whose business is in Catskill, New York. He described the ironic and pathetic situation that exists and is ongoing today. Decades ago we were buying lots of cheap stuff from China and other countries in the Far East that was shipped to the states on pallets made of wood from that region. Unbeknownst to us at the time, some of that wood contained insects that would eventually infest many of our trees which have no immunity to these invasive creatures. The result is the decimation of a number of tree species: Think American elm, American chestnut; they are no longer here or almost gone. Presently, we are subject to the Asian longhorned beetle which, if not contained, can destroy all our hardwoods, the hemlock wooly adelgid now in the process of wiping out our hemlocks, and the emerald ash borer which is in the process of killing all our ash species. Our hemlocks provide shade for our trout streams where cool water is crucial for trout survival, and our ash trees provide an important source of timber. So here is the irony: China sends us the ash borer, it kills off our ash trees which are salvage harvested and shipped to China where they are fabricated into cheap furniture which is shipped back to the states for our purchase. Not a pretty picture, and very depressing for those of us with interest in our forests and their ecological importance. 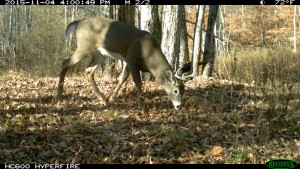 Now on to some Wiley stuff. In the Science section of the Economist there was an article which headlined, “It is rare for a new animal species to emerge in front of scientists’ eyes. But this seems to be happening in eastern North America.” This was referring to our much maligned Wiley coyote.”  Dr. Roland Kays, whom Diane Galusha and I heard speak on coyotes at SUNY Ulster a number of years ago when he was the top NYS mammologist focusing on the coyote, states in the article: “Recent DNA research shows that a tenth of the average coywolf’s genetic material is dog and a quarter is wolf, this brings big advantages as many coywolves (note name change) have twice the heft or weight of purebred coyotes. With larger jaws, more muscle and faster legs, individual coywolves can take down small deer. A pack of them can even kill a moose.” Kays goes on to say, “This is an amazing contemporary evolution story that’s happening right underneath our nose.” Whether the coywolf actually has evolved into a distinct species—a concept invented by human beings—is still being debated. In fact, Wiley has adjusted not only to  rural life but also to urban life by becoming nocturnal and learning the Highway Code, looking both ways before crossing. When was the last time you saw a road-killed coywolf? Mankind with his superior intelligence has extirpated the two natural top predators, the wolf and the mountain lion, so now Mother Nature in her own incredible way has replaced them with Wiley. We must now accept the fact that in NYS, other than ourselves, Wiley the coywolf is the apex predator. Out of respect for this ubiquitous and incredibly adaptive beast, I will now refer to Wiley Coywolf instead of Wiley Coyote.

I have on numerous occasions mentioned the many bluebird, wood duck and anybird boxes on our property, the annual cleaning and maintenance of same, but I am not sure if I want to stay up with the latest in man-constructed habitats for the wild. Some now have gone quite a bit further building bear houses, yes that is what I am writing, homes for my “Macwa” friends. The builders explained: “What about a nice warm hut where they could stretch out, be protected from the harsh winter, and in some cases could use a cozy place to bring little bears into the world. Huts sited off the beaten path allowing the bears some peace and quiet should be approximately eight feet long, five feet wide and five feet high. Strong durable material is recommended and a bale of straw placed on the floor for comfort.” The builders also quoted the famous saying “build it and they will come.” If you want bears, build them a hut. I plan to hold off for now.

What is “outdoors” for some of our NYC neighbors is the space between the lobby of their building and getting into a cab.  Poor souls! No wonder many of them seek our Andes environs.~