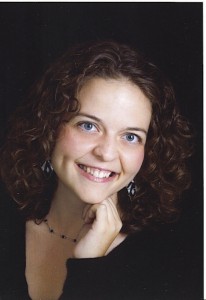 She welcomes me into the newly bright study and offers me a comfortable chair. Turquoise or red? Of course, I choose turquoise. Rev. Vittorio, the new pastor of the Andes Presbyterian Church, sits across from me. She is petite, sparkling, and eager to talk.

Christened Marena Faith Vittorio in Indianapolis, she is the daughter of Michael and Dena Vittorio. Her father, who died in her infancy, was a second-generation Italian sailor (hence her name: Marena [pronounced Marina]). Her mother is a Disciples of Christ minister. “We moved a lot in my childhood. My mother served churches in Indiana, Illinois, and Iowa. All the ‘I’ states except Idaho,” she laughs. “But primarily in Iowa.”

In third grade she started piano lessons and really took to it. She credits her church in Lenox, Iowa for allowing a little girl who could barely reach the pedals to play for their services. If you’ve heard Marena play, you know they reveled in the music she drew from the piano.

Each summer Marena would visit her grandmother in Rushland, Indiana where she made 4-H art projects. During high school, she traveled to Japan to study music. She pursued music and anthropology studies at DePauw University. It wasn’t the best fit for her since they placed more emphasis on performance than spiritual expression. During college she enjoyed a special course as an organ scholar at Cork Cathedral in Ireland.

After graduation, she was chosen as one of 3 Master’s Degree candidates in organ spiritual music at Emory University School of Music in Atlanta, Georgia. It was a great experience but, again, performance-based. After she received her M.A. in 2009, she felt called to the ministry and enrolled in Louisville Presbyterian School of Theology.

At seminary, she used to climb to the shadowy organ loft in the chapel to practice at ten pm. One night she began with a loud, discordant chord and was startled by a scream of terror. How was she to know that fellow-student Garrett Schindler, a year ahead of her, came into the chapel to pray and center himself before his hour’s drive home?

Somehow, both Marena and Garrett continued to go to the chapel every evening. Which led to conversations, a growing friendship and marriage in her senior year. Garrett sought a pastorate in an East Coast rural community. He chose Bovina. The Bovina Presbyterian Church chose him. The Vittorio-Schindlers live in the manse in Bovina. But Marena can be found in Andes every day except Monday. She finds this a “warm place, where people are so kind and energized.” She is eager to meet everyone, to “visit, gather and do something creative.” The door of her bright study is open. ~