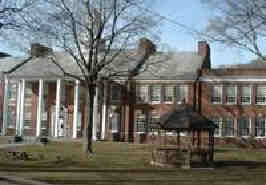 I am enthusiastically writing to share that the Andes Central School has hired Mr. John Bernhardt this fall to assist the district in completing the mandates that go along with the Race To The Top (RTTT) initiatives. Mr. Bernhardt is assisting in the completion of classroom observations. Mr. Bernhardt’s decades of experiences in education, as well as having served the Andes Central School District as its superintendent before retiring in 2008, are greatly welcomed.

Andes has also been involved in numerous conversations with the Town of Andes Board and our School Board to bring greater efficiencies to our community.  That said, in a cost saving measure these talks are leading the school to work collaboratively with the Highway Department and to utilize their fueling station. This collaborative effort will support the school from not having to upgrade its fueling station at a cost of tens of thousands of dollars, as well as assist the town in a cost sharing plan of maintaining the town’s fueling stations. Currently, the highway department provides fuel to the Andes Fire Department, too.

As a follow-up to last year at this time, we have completed the upgrading of our fire alarm system early this fall.

Andes students continue to enjoy success as our student-athletes have access to secondary sports under the leadership of our Athletic Director, Ms. Margaret Brown.  With great cooperation between the Andes and South Kortright Boards of Education, the Andes boys and girls varsity soccer players have experienced another successful year with the  Andes teammates Daniel Fronckowiak named to the 2nd team All Star Team and Shianne Coss as honorable mention.

In addition, there is a Drama Club meeting scheduled at the end of November to share in the planning for the school’s next production.  Students and staff are looking forward to the next production that should be performed in late winter/early spring.

Lastly, as the first academic quarter of the 2013-2014 came to a close, our learning community is grateful to share that most of the children in grades 5-12 earned an honor role designation. ~