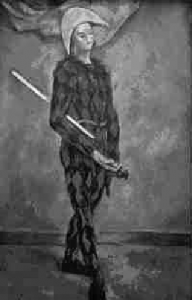 I understand people have been asking about me so I think I owe you an explanation. It all began when I was giving a science demonstration in the library. I generated hydrogen and blew it up. Unfortunately, I also blew up part of the ceiling in the process. Luckily, two library angels stepped forth and put out the conflagration. I thought it would be a good time to take my show on the road.

I contacted a friend from UNESCO who arranged for me to teach science to underprivileged Africans. I went from village to village, demonstrating science. One of the most popular lessons was the one I gave in the Andes library. I generated hydrogen in each village, but failed to take into account that the local schools all had thatched roofs. I left a trail of burnt villages that made Sherman’s march to the sea look like a weeny roast.

The minister of education held a big celebration with marching bands and traditional ceremonial dancing. Then he told the crowd I was leaving. He said I had done such a good job that I would never have to return again. Two soldiers whisked me off in a jeep and put me on a plane back to the U.S.

I landed in Atlanta and spent some time at the Coca Cola plant until my flight to New York was due to depart. The trip home was largely uneventful until the security guard patted me down when I checked in. When he felt the brace on my knee, he jumped back and demanded to know what it was. I became nervous and stammered a little. He shouted at me to move to the side and put my hands over my head. I was speechless. I just stood there because if I did what he said, my pants would fall down, since I had removed my suspenders. I shook my head and managed to say the word “underwear”. The guard immediately reached for his microphone and yelled: “Looks like we got an underwear bomber here!” I was immediately surrounded by six guys in black uniforms with bulletproof vests, with their AR-15s aimed at me. I stood there trembling, with one hand on my head and the other holding up my pants. My survival instincts took hold. I let go of my pants and complied with their order.

The gravity of the situation was soon apparent. There I stood with my hands on top of my head and my pants around my ankles. When I attempted to move, I fell face down. Fate stepped in and saved me. By pure chance, I was wearing a pair of underwear given to me by an old girlfriend. They were shiny bright orange boxer shorts with a green heart emblazoned on the back. Over the heart it said: “Cute, ain’t it!” The six armed guards began to howl with laughter. I grinned with relief, picked up my pants and went on my way, knowing I had been snatched from the jaws of death.

Now, I am safely back in Andes. It’s nice to be home waiting for the phone to ring with a new request to give another science demonstration to a worthwhile group.~