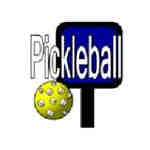 The Andes Pickleball Players, recently made famous in Buffy Calvert’s poem in the last Gazette, the onomatopoetic pock-pock reference, has some openings for the fall indoor season.

Pickleball is a rather fast paced game of tennis doubles, played on a smaller court and with paddles and a plastic ball. The game lends itself to those in good athletic shape who just can’t, or prefer not to, do all of the running that tennis requires. We play twice a week through the year: Sunday mornings at 10:30 and Thursday evenings at 7:00 in the Andes Central School gym. Our fall season begins on Sunday September 30th.

We would welcome some new players with a base of an athletic past or present or some experience with tennis or paddle sports. At this point you would be joining a seasoned group that has medalled at the last two New York and Connecticut senior games. The game requires nothing more than sneakers and a paddle, the latter of which we would lend a newcomer.

So, off the couch and on to the court with you, although for those interested we finish early enough on Sundays to allow a return to the couch for the Giant/Jets games. Any questions you can call Peter at 845-676-3595. ~