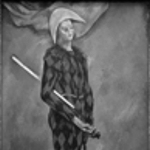 December came and went with astonishing speed. The magic of Christmas filled the air and then vanished into the New Year. I had no Christmas spirit. Instead, I was filled with a sense of urgency. I was on a mission to alter the course of Andes Village by promoting an economic climate that would allow the local businesses to flourish. I also wanted the school to be filled with children from families that would move into our newly vibrant village.

I attended meetings of our town fathers and berated them for their reluctance to consider any new ideas that would bring the village into the 21st century. I asked them to consider tax abatements, energy subsidies, downstate advertising and hiring public relations firms, all to no avail. They wouldn’t budge.

After one particularly stormy session of the Town Council, I left in a huff, stormed out of Town Hall and headed straight for the Andes Hotel. I downed three martinis in quick succession and eventually calmed down. I had to acknowledge I was licked. I was rolling a rock up a hill and the rock was just too big. I went home and went straight to bed. I fell into a fitful sleep.

I was suddenly awakened by a frightful clamor. I heard the clang of metal being struck by a hammer. I grabbed my robe and ran downstairs. Out in the garage was a big, brawny man with a full dark beard. He was wearing a T-shirt that said: “Been there, done that!” He was shoeing a horse. He finished his task and hitched the horse to a waiting sleigh. Then he turned towards me and gestured that I should come closer. He grabbed me under the armpits and swung me into the sleigh. Then he climbed into the sleigh and grabbed the reins. He chirped to the horse and off we went,… and I mean off.

The sleigh levitated up in dizzying circles, into the moonlit sky. We followed Route 28, down to the village. The village was bustling with activity. There were grocery stores, hardware and dry goods stores, a stable full of draft horses for sale, blacksmiths, wagon-makers, barrel-makers and even a millinery shop. Farm wagons paraded through the village bringing butter, milk and produce to be sold. The school was filled with children and people vied for seats in the three churches.

We circled the village and then climbed up above a cloud. We emerged from the cloud and descended again to the village. I saw men in uniform returning from WW II. I saw a farm auction. A farmer who had lost his farm watched his cows being sold as tears streamed down his face. Soon, everywhere I looked, the scene was being repeated. Farm after farm went under and developers swarmed in to make a killing on the abandoned land. They sold the land to people from the city for enormous profits.

The sleigh returned to my place and I was unceremoniously dumped onto the ground in front of my garage. The big man waved and flew off into the night. I turned to go back to the house when I saw a woman at my front door. She was a young, pretty redhead with a full figure. She was wearing jeans and a T-shirt that said: “NOW IS THE TIME”. She held out her hand to me and led me to my car. She drove. We went up my road and down to the village. Suddenly, it was broad daylight. Main Street was jammed with the cars of visitors and second-home owners. People were streaming in and out of all the shops, the hotel and of course, Hogan’s. The school was full of happy children even though enrollment was down. The churches had smaller congregations but everyone seemed content. Down at Town Hall, a man was requesting repairs on the town road near his place. The highway superintendant took note and promised a quick response. Beautiful flowers grew everywhere. We drove down to Ballantine Park where people strolled along the Tremperskill and sat on the stone benches.

Across the street at the post office, the postmaster passed the time of day with a customer. They both were smiling and wishing each other well. We drove back to my place. The pretty redhead got out of my car and vanished just like that. My head was reeling. I drove back to the house, jumped into bed and pulled the covers over my head.

After a brief moment, I felt the mattress being depressed, as if someone climbed into the bed next to me. “Maybe it’s the redhead.” I said to myself hopefully. It was not. There, lying next to me was a guy who looked exactly like Mayor Bloomberg. His T-shirt read: “THE FUTURE IS NOW”. He was grinning like a Cheshire cat as the bed lifted from the floor and began to spin. I ducked back under the covers. I felt like I was going to be sick. Soon the bed stopped spinning and I poked my head out.

The Bloomberg apparition poked me with his elbow and said: “Well, Harley, whaddaya think?” He pointed down off the edge of the bed.

Way down below us was Main Street. The curbs were studded with parking meters. A uniformed man on a scooter was writing parking violation summonses as fast as he could. Two red-faced drivers were shouting curses at each other as they fought over the same parking spot. The local businesses all had steel gates covering their front windows. The thrift shop hired a security guard to stop shoplifters from stealing the place blind. Graffiti was scrawled on every building and there was filth and garbage everywhere. Police patrolled the street and homeless people pushed shopping carts up and down the sidewalks.

At Town Hall a man was being denied much needed road repairs because he didn’t contribute enough to the town supervisor’s campaign. “Where’s Marty?” I cried. “He wouldn’t let this happen.” But Marty was no longer Town Supervisor. A career politician supported by New York City was the new supervisor.

The park had a high cyclone fence around it with the hours the park was open posted at the entrance, along with the various activities that were prohibited, preceded by the word “NO” in large bold letters. Across the street at the post office, the harried postmaster struggled to deal with the long lines of impatient patrons. The school had installed a metal detector and the superintendent frequently ordered shakedown inspections to keep drugs out of the school. The air had the smell of diesel fumes and at every faucet, there was a sign saying “DANGER: FRACKING FLUID-NOT POTABLE DO NOT DRINK.”

The mayor swung the bed into a wide turn and landed in front of Hogan’s. We went in and the Bloomberg apparition picked up a copy of the Walton Reporter. The headline read: “LOCAL GADFLY FLATTENED BY FRACK FLUID TANKER”. The mayor handed me the paper with a picture of me under the headline and an article describing my demise under the wheels of a big truck. He giggled as I begged him: “Does it have to be this way? Is there nothing I can do to prevent this? Talk to me, I’m begging you.”

The mayor laughed shrilly as he guided me back to the waiting bed. We flew back to my place and I found myself alone in my bedroom and tangled in the sheets.

I bounded out of bed and drove down to the village in my pajamas. I ran into Hogan’s and hugged him. I dove into Paisley’s and gushed my thanks to John and Judy, blowing them both kisses. Then I ran across the street and hugged Sally. Then I hugged everyone I saw. With each hug, I encouraged them all to remain the same in every way.

A man was painting his picket fence. I told him the paint was a shade darker than the previous coat. He promised to lighten it up a little. Everyone I saw smiled at me in amused tolerance and promised not to change anything. Then I went to Bohlmann Park, stood up on a soapbox and addressed the crowd gathered there. I made a public vow never to try to change Andes again. The crowd cheered. ~