On the evenings of November 4th and 5th, ACS DRAMA again delighted its audiences with an outstanding musical production. The Pirates of Penzance, in an abbreviated version, erupted on the gym stage with a cast of all ages. From the moment the pirate crew crept on stage flashing their swords to the last rousing chorus, the audience was captivated by the terrific acting, as well as spirited ensemble choreography by The Pirates, The Daughters, and The Police.

The program notes for Act One indicate “It is around 1880 on a rocky coast in Cornwall, England. Frederic is completing his mistaken apprenticeship to the pirates (he was supposed to apprentice as a pilot)…” That gives an indication of the light and farcical tone with which this classic Gilbert & Sullivan drama was written. Andes benefitted by the professional level of overall direction by John Bernhardt, technical direction by Edward Sanford, sure musical direction by Tamara Titch and snappy choreography by Eloise Harris assisted by Lisa Valkavich. The student stage and lighting crews were flawless.

Zachery Grapes, seen as Snoopy and Aladdin in past ACS productions, inhabited the lead role of Frederic here with full dynamism. Jade Litaker as Mabel enchanted us with her singing. Jonathan Andrews did wonderful justice as Major-General Stanley to the tongue-busting, “I am the very model of a modern Major-General” and hit just the right note of comic absurdity in the role. Ashley Terry, as Sergeant of Police, Jennifer Andrews as Ruth, and Jedah Grapes as the Pirate King filled their complex roles admirably.~ 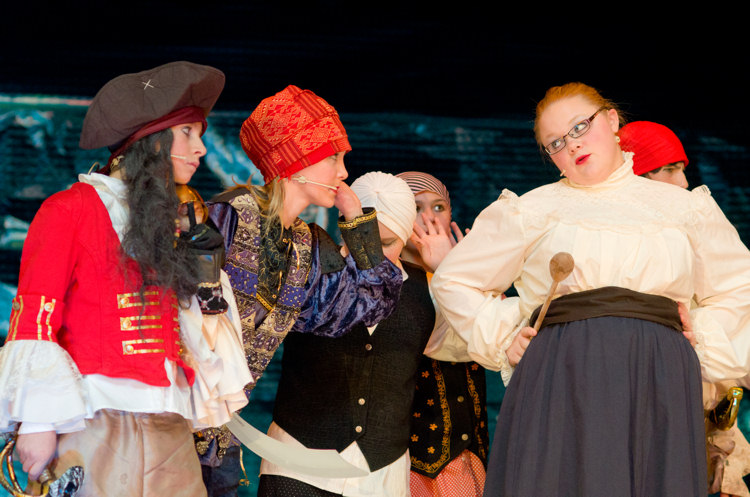 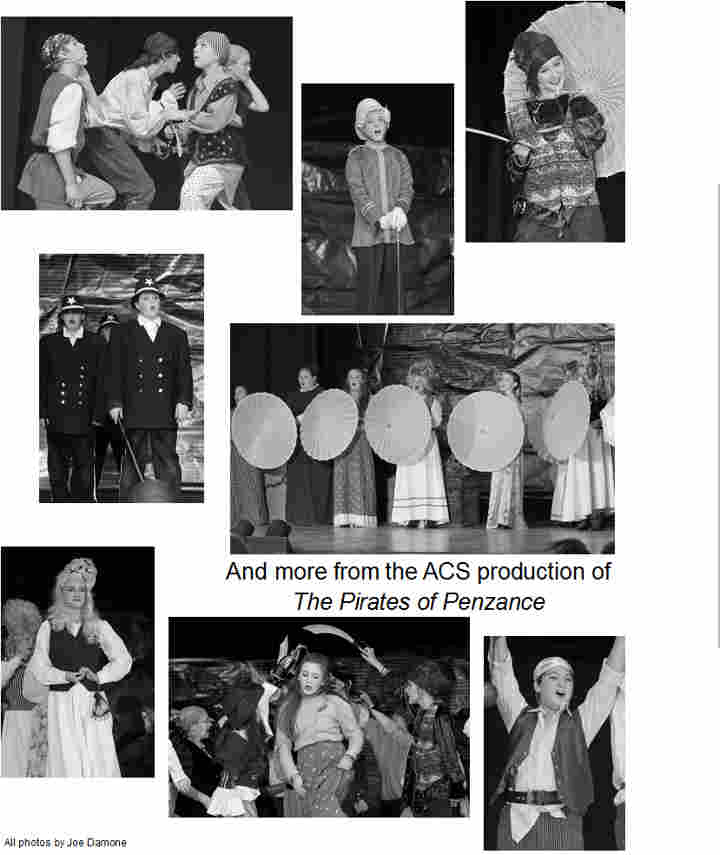