A WINNING “DEAR EDWINA” at ACS 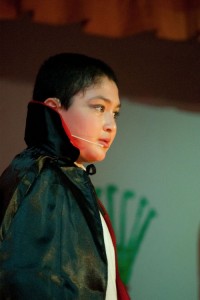 ACS students delighted the audience on Friday and Saturday, April 9th and 10th with a spirited production of Dear Edwina, Jr.  The whole cast, drawn from the fourth through tenth grades, sang, danced and cavorted on stage augmented by an enthusiastic chorus in the pit.

Led by Adriel Grapes as Edwina, an advice-to-the lovelorn TV host, the young residents of PawPaw, Michigan sang their troubles and got comic, musical advice.  There were so many neat bits of acting that it’s hard to highlight only a few, but Winifred Richards-Consigny’s antic ballerina, Michaela Valkavich’s portrayal of a beleaguered younger sister and baffled foreigner, Zachery Cyrelson’s lively, spike-haired presence in several roles and Allison Long’s winsome Periwinkle stood out. Jade Litaker’s one thrilling solo left us wishing for more. Jonathan Andrews and James DePierro handled their parts with the finesse we have come to expect.  Monty Damone is at home on the stage, a pleasure to watch. Jennifer Andrews’ clear treble should get more play.  We enjoyed Kaitlynn Hall’s cheery cheerleader, Jedah Grapes’ energetic twin brothers and Noah Dougherty’s secretly amorous Scott. Tamara Snyder’s cameo brought down the house.

One unfortunate aspect of the show was the failure of several of the mikes. One wished the actors had just projected their voices, without the recorded music which sometimes drowned them out.

ACS Drama’s second production of the year, showcasing so much young talent, bodes well for the future of theater in Andes. ~ 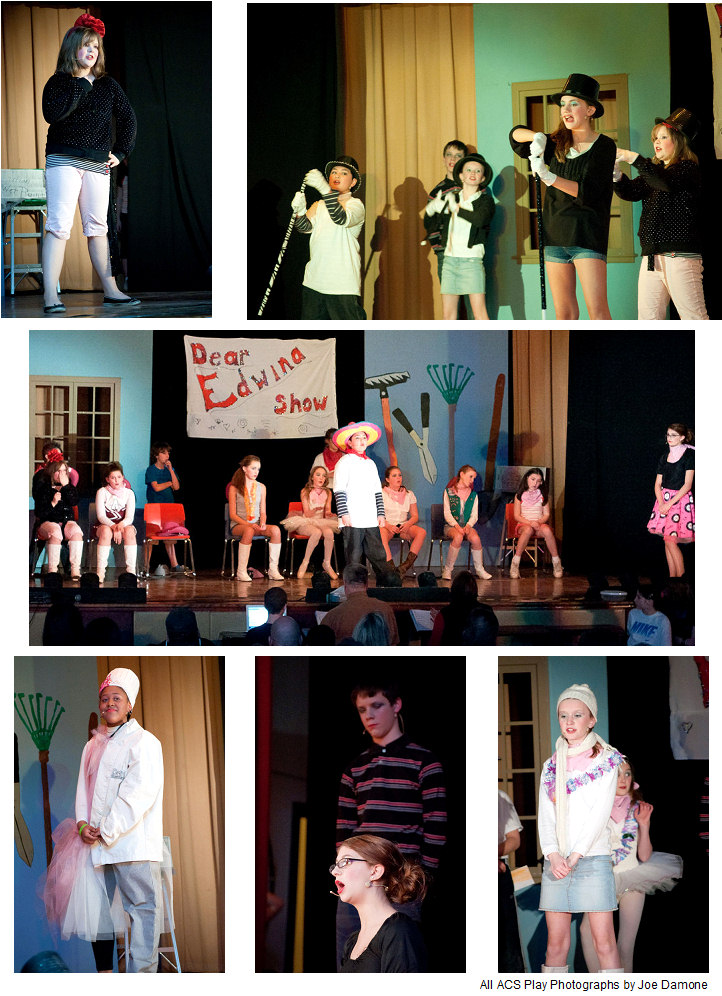