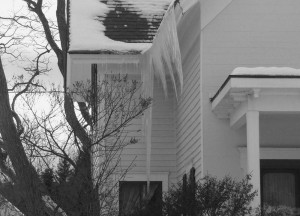 So, it looks like winter has returned to Andes. I mean really returned. The weather forecast pulled up on my computer practically shouts snow every day, and later in the week the temperature is expected to dip to -13°. Note the minus sign in front of that number. Icicles taller than most people I know dramatically decorate many of the buildings around town. Incredible! Trouble is, it seems as if many of us have forgotten that this is normal.

How vividly I recall those mornings six years ago after we’d just moved to the Catskills. As I started the car each day to drive my son to school, the engine actually whined in pain.  A glance at the thermometer informed us that it was -19° or   -17° or some other such degree that we had never before experienced. Brrrrr! But after awhile, we became acclimated to the frigid temps. With a bulky jacket, winter boots, warm gloves and a hat to cover the ears, ten degrees or minus ten made no difference. Snow seemed to be a daily occurrence that year. An inch one day, three or four the next; it mounted up fast and stayed all winter (or at least that’s what my somewhat romanticized memory recalls.) Mother Nature paid considerable attention to her housekeeping as she continually dusted the dirty mounds alongside the roads with fresh white powder. It was a real winter. 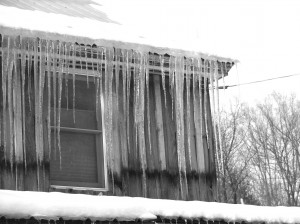 Nothing scientific, of course, but for the last few years it seems that our weather has been more in keeping with that of the mid-Atlantic states. Rarely have we seen sub-zero temperatures, instead being treated to periods of mild weather occasionally interrupted by a few days of single-digit readings. Precipitation was more apt to be rain than snow, with only a few minor snowfalls throughout the season. Any accumulation disappeared quickly, leaving the landscape a drab brown rather than sparkling white. O.K., last year there was THE STORM in late February, but that was treated as an aberration rather than a typical winter event.  Yup, we’ve been spoiled. Or disappointed. Depends on your point of view, I guess.