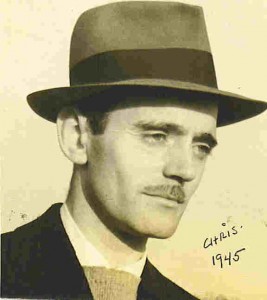 On December 1st, the Fusscas family will be celebrating an important milestone in the family’s history. Their husband, father, grandfather and great grandfather, Christopher Peter Fusscas, will be reaching the incredible age of 100 years.

Chris is well-known in the Andes-Delhi area as the former co-owner of the Andel Inn, along with his brother George.

He was born to immigrant parents, Yanecha and Peter Fouskas, on December 1, 1909 in a cold-water flat on the Lower East Side of Manhattan near Avenue A and 6th Street. This is where Chris learned at a very early age the meaning of work ethic. He started out as a shoe-shine boy at the age of 9 near Tompkins Square on 8th Street & Avenue B. Back then he charged 15 cents for a gleaming buff and shine! His wages helped out with the family expenses. His Uncle Gus Stavenos, who owned a florist shop, hired Chris at the ripe “old age” of 15 to deliver roses to the showgirls at Minsky’s Burlesque Show. He was a big hit backstage!

Chris’ oldest brother, Jimmy, used to ride the train to Arkville and visit his college friend in Roxbury on the weekends. Chris was in his first year of college at Columbia University in 1937, when he came along to visit. It was the weekend he met and fell in love with Genevieve Eileen Morse at a square dance at the Vega Community Hall. They married in 1941, just before World War II. 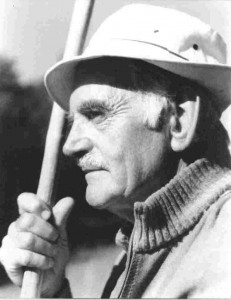 His history with the village of Andes begins in 1953, when he and George moved their families to Delaware County. They had been living in Brooklyn, where they ran the Greystone Cafeteria on Coney Island Avenue. So, 56 years ago, they established themselves at the Andel Inn. At that time, not too many people were accustomed to “city slickers” moving up to this rural area of the Catskills, and in the beginning the going was tough.

Over the years, Chris & George became famous for their Hot Roast Beef “Sanquitches” & Cole Slaw. People from all up and down the Route 28 corridor became regulars of “The Greeks”, a nickname the local patrons gave their establishment. Chris has a whole, hilarious repertoire of his experiences running the restaurant during those 35 years. Both George and Chris retired in 1985.

At that time Chris started pursuing his favorite pastimes…hiking, reading, writing and spending time with his family. He’s an avid reader to this day, and has written numerous personal stories and a 200 page biography of his father’s life as a sea captain.

Chris’ 100th year celebration will take place on Saturday, December 5th at the home of Leigh Infield. Open House for those who want to wish Chris a Happy Birthday are welcome to stop by the Infield house between 2 – 4 p.m. that day.