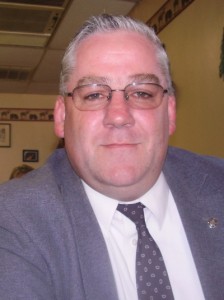 Q – Has the Delaware National Bank (DNB) experienced any changes since the financial crisis went into full gear?

A – No change, actually. Only, of course, that now the FDIC is now insuring up to $250,000 on all deposit accounts, per depositor, per institution. Previously we offered that limit on retirement accounts, when the general limit was $100,000.
———-
Q – Is there anything you want to get out there in the way of information that may not be generally known?

A – One point is that the majority of banks in this country weren’t involved with the effects of the sub-prime mortgage crisis, mostly just the largest institutions and investment banks. The other is that our bank wants to make loans. Our loan to deposit ratio is just over 50%, which means we rarely have to borrow (though we have full access to borrow should we want to), but that we have money to loan. And making loans is our bread and butter.
———-
Q – How does the bank invest its depositor money?

A – We are restricted by both regulations and our own policies to an investment portfolio that is basically bonds which have met strict underwriting guidelines.
———-
Q – I know that in the past the DNB was unusual in that it didn’t sell its mortgages, so that someone taking out a mortgage would know that the loan would stay with their hometown bank. Is that still true?

I think the crisis is largely driven by a lack of confidence. The Treasury is doing bold things and hopefully will get the credit market unfrozen.~