EVERY DOG WILL HAVE HIS DAY

The Story of Edgar Sawtelle, by David Wroblewski 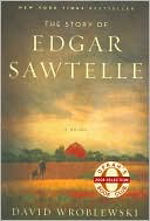 If you want a thoroughly absorbing, terrific read, don’t miss this one. There is so much in this book to engross you. The length of the book is meaningless because once you start it, you will find it difficult to put down. Loosely following Shakespeare’s Hamlet, it’s a coming of age story with a twist-our protagonist is a young boy who lives with his parents on a dog breeding farm in Wisconsin; and like the dogs, Edgar can hear but he cannot speak. He has the ability to form an almost mystical friendship with the dogs. His closest companion is Almondine, one of the dogs resulting from a breeding plan started by Edgar’s grandfather to produce a dog that can make its own decisions. If you are a dog lover there are many passages in the book that deal with the ways dogs are trained and how they think, an engaging companion theme along with the others– loyalty, revenge, friendship, love, family relationships, survival. This reader has always felt that Hamlet includes commentary on just about any major idea imaginable, and this book mirrors them all with a few additional ideas thrown in.

It’s fun to compare the characters including the dogs in the novel that mirror the people in Hamlet. The ghost is there in the form of Edgar’s father coming to him in a magnificently visual description of a man made of rain. The supernatural is there, particularly in the character of Ida, who knows and sees things, and it is there in Edgar’s dreams that foreshadow many of the events that later take place.

If you’ve never read or seen Hamlet, if you know nothing about dogs, it doesn’t matter. This novel tells its own story about a family made up of Trude, his mother, Gar, his father, and Claude, the uncle who takes over the farm when Gar is found dead, seemingly of an aneurysm. Edgar’s belief that Claude caused his father’s death forces him to run, and he does so with three dogs from the first litter he had ever raised. In his race to put as much distance between himself and Claude until he knows what he must do, 14 year old Edgar grows and matures as he meets several different and unusual people, as he and the dogs almost starve to death, as he uses his ingenuity to survive, as he plans what he must do.

It is easy to love and admire Edgar, the boy who can’t speak but who can easily make himself understood to humans and animals alike. We feel his grief over his father’s death as well as his need to uncover what really happened; we also recognize his feelings about his mother, whom he loves but fears for as she entwines herself with Claude. But what is most fascinating about Edgar is his relationship to the dogs, particularly Almondine, a strong character herself, whom he leaves behind because of her age and his fear that she will slow him down.

Wroblewski’s prose is simple and luminous with lyrical descriptions of the countryside. His feelings for the characters, dogs and humans alike, are deep and obvious. His ability to make it all real for the reader is exceptional. I hope he writes more because this, his first novel, is remarkable. ~