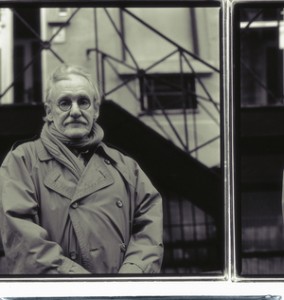 You may know Peter from his funny and fey conducting of the beautiful baby and pet contests on Andes Community Day. Or as the father of Ada Calhoun, or grandfather of Oliver. Or have seen him washing windows at Brooke’s Variety. (As the husband of proprietor, Brooke Alderson, he helps out when he can.)

Others know him as the staff art critic for The New Yorker. And now he is the winner of the prestigious Clark Prize, inaugurated in 2006. The 2008 Clark Prize for Excellence in Arts Writing from the Sterling and Francine Clark Art Institute in Williamstown, Massachusetts, was officially awarded to Peter on September 10th at a ceremony at the Plaza Hotel’s Oak Room. It was the first event held in the newly refurbished venue. The prize is accompanied by a $25,000 honorarium and an award designed by architect Tadao Ando. Michael Conforti, the Clark’s director, writes that Schjeldahl’s “insightful, fluid, and concise writing has increased the general public’s interest in art as it has contributed to our collective critical understanding of sometimes difficult and challenging work.”

When I read one of Peter’s witty pieces I can sense some barely nascent perception or understanding of my own, now brightly articulated, being tickled, drawn out and connected to other realms of thought and experience with which I am also familiar. He often accomplishes this through evocations of popular culture, subjects out of range or experience for the old-school art historian. Hardly out of Peter’s range, though, who has for decades been immersed in the often gritty social currents of life in New York’s Greenwich Village where he and Brooke live when they are not in Bovina. 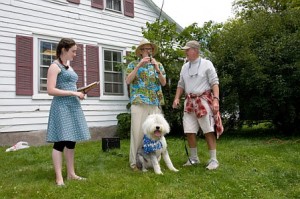 I’m sure Peter’s research skills are topnotch, but it’s through first and foremost trusting his fresh perceptions to dawn and sprout their own associations, unburdened by past assumptions or preconceptions, that he gives birth to commentary that is original and sparkles with contemporary awareness. That his spicy, on-target language, simultaneously learned and vernacular, is an art form in itself, doesn’t hurt a bit. Nor does the clear intention of this writer to be understood by all readers, so refreshingly in contrast with the willful obfuscation of a lot of art writing.

Prior to his appointment in 1998 as art critic of The New Yorker, Peter was a regular art critic for The Sunday New York Times, The Village Voice, ARTnews and 7 Days. His most recent book, Let’s See: Writings on Art from The New Yorker, was published by Thames & Hudson in May. He has previously published books of art criticism, as well as five books of poetry between 1967 and 1981. He has taught at Harvard University and was the recipient of a Guggenheim fellowship.

Peter Schjeldahl, you may be worldly-wise and a world-class writer, but you are also one of ours, and we offer you our proud congratulations! ~