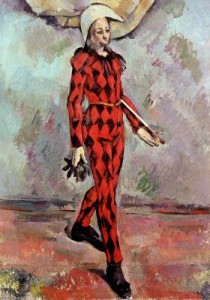 By Harley QuinnEvery once in a while, I like to sit and visit with my Uncle Gomer. He likes to stay well informed and always has an interesting slant on things. We talked about the current mortgage crisis and the government’s recommendation to remedy it.

“Well, what do you think?” I asked my uncle.

“I guess it’s a good plan,” said Uncle Gomer. “The way I understand it, if your house is worth less than what you owe on it, the government wants the banks to lower the amount you have to pay back so you won’t send them the keys and take off.”

“But Uncle Gomer,” I exclaimed, “shouldn’t we be concerned about the moral hazard?”

“You know, rewarding people for doing the wrong thing.”

“Heck no! If enough people do it, it won’t be the wrong thing any more. Just so long as they are fair about it, it’s O.K. with me. In fact I think they should do it for everything, not just houses.”

“Suppose you go to Walmart and charge some long johns on your credit card. You take them long johns home and wear them for a few months. Then you put them on eBay and sell them.” Uncle Gomer was just getting warmed up.

“Oh they’ll buy ‘em if the price is cheap enough. Then all you have to pay the credit card company is the amount you got for them. It’s only fair and it’ll keep people from walking away from their underwear. And that’s only the beginning. The bail out will work for anything you buy and even things you don’t buy, like a wife.”

“Now wait a second Uncle Gomer. You can’t put your wife on eBay.”

“That’s true, but there are other ways to do it. Farmers can depreciate their buildings, their machinery and even their cows. An old cow can’t give as much milk as a young cow so she ain’t worth as much. Right?”

“Right, but that’s a cow for cryin’ out loud! We’re talking about a wife.”

“Same difference! The way I got it figured, about half of all married people walk away from their marriages, just like those folks who walk away from their houses. Who can blame them when they have no incentive to stay there. By the way, this works for husbands too, just so you don’t think I’m a male chauvinist.

Here’s the way I would do it. Each year that goes by, your spouse is worth less and less, but the cost of maintaining her or him is the same. The government should set up a depreciation schedule and send you a check for the difference between what it costs to keep your spouse and what your spouse is actually worth. It’s simple and a lot fewer people would walk away from their marriages.”

“If I understand you correctly Uncle Gomer, you want the government to pay you to stay married.”

“Yep, just like they want to pay folks to stay in their houses. I got to hand it to old Ben Bernanke. When he solves one problem, he solves a whole lot of them.”

I told you Uncle Gomer always has an interesting slant on things. ~

Editors’ Note: The Gazette is not responsible for Uncle Gomer’s opinions!