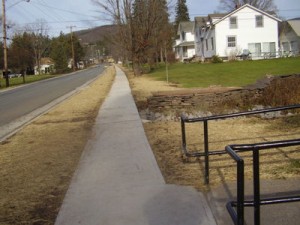 Seemingly endless sidewalk along Lower Main from the Post Office 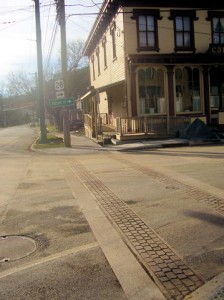 When I was a child, I read a story called “The Magic Geranium”. A woman received a beautiful geranium plant which she sat on her kitchen table. It made the table appear so shabby that she painted it, and then the chairs looked sad. She painted the chairs and then . . . Each improvement led to another until the whole house had received a facelift. That’s what the Streetscape project feels like to me. All along the affected streets, homes and businesses are being painted, gardens planted, stone or brick walls installed. When the dust from all of this activity settles, it will be clear that Andes is a place people are proud to call home. ~ 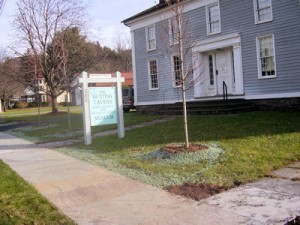