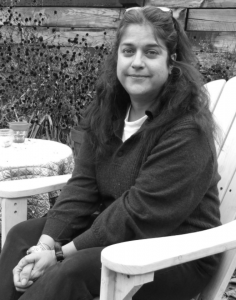 Roshan Houshmand is an international artist whom we can also claim as an Andes artist—she and partner, Dan Flora, and son, Ben Houshmand,  live at 295 Main Street. Recently at a very special exhibition in Brussels, Belgium, one of her works was displayed. How did this come about?  Many years ago, Roshan applied to the “Art in Embassies Program”. This year she received an invitation to show her work in an exhibit called “21st Century American Women Artists”, she accepted, and professional craters came in April to pack up the piece.

At the last minute Roshan decided she would like to personally attend the opening reception on September 12th. She was surprised by a call soon afterward, telling her that the trip was paid for. She then invited Gloria Carlson to accompany her, knowing Gloria’s interest in the arts, her support of Roshan’s work, and her zest for travel.

Roshan says it was a wonderful experience. The exhibition was held at Truman Hall, the residence of the American Ambassador to NATO, Victoria Nuland, who was warm, receptive, and a wonderful hostess. Interesting people from all over the world were in attendance. The exhibition represented the work of eight other artists, including Marita Dingus, Annette Lemieux and Kiki Smith.  Those who attended spoke about their work at the reception, which was televised on TV-Brussels. A NATO press release describes the exhibition as conveying “the optimism, energy and diversity” of the works of these artists, and exploring “the human spirit, our connection to nature, and the challenges of modern life in an interconnected world.”

After the opening the Ambassador held her annual “Rentrée” which is a gathering for all the dignitaries and friends who return in September after the summer holidays. Roshan and Gloria and the few hundred guests had a great time mixing and dancing to a live Cuban band. They had time to explore Brussels and Bruges for a few days. The US Mission to NATO took them on a tour of Brussels’ boutiques and flea markets and showed them the night life. Roshan particularly enjoyed the painting of the Flemish Primitive art from the 13th and 14th centuries at the Musée des Beaux Arts. Roshan says that these Flemish paintings have already influenced the palette of her colors.

If you would like to see a photograph of the painting in the show, go to Roshan’s website: www.roshanhoushmand.com and click on “installage paintings”. It is 5 foot square, titled “The Red Dress,” covered with gold leaf.  It is a piece about time and memory.~