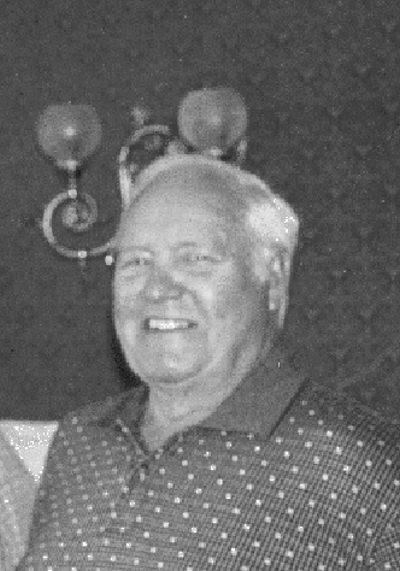 In the ‘forties, on Saturday nights at the Galli Curci movie house in Margaretville, the boys would line the back wall eyeing the girls who sat demurely in the center seats. From that vantage point, handsome Bill Taylor from Andes noticed a beautiful girl whose long blond hair cascaded down her back. On the night that he finally got up the courage to toss popcorn at her, Mary Stewart of Dry Brook took it for the gesture of affection that it was meant to be and graciously came back with a smile saying, “Why don’t you sit up with me?”

And thus began a long courtship. Mary was three years younger than Bill, who was already an Andes Central School graduate, and her father, Gus Stewart, insisted that she finish high school. Gus guarded the Balsam Lake Mountain Fire Tower and spent only Saturday evening to Sunday night at home, but he kept as sharp an eye on his daughter as he did on the forests he watched from his tower. (He is reported to have pinned up in his cabin this sign: “This is God’s country. Don’t burn it down and make it look like hell.”)

But Bill, who knew pure gold when he saw it, patiently wooed and won his Mary. One afternoon in June 1949, Mary graduated from Margaretville Central High School. That very night Bill and Mary were married at the Margaretville Methodist Church. The happy young couple set up housekeeping in the apartment of the house on Gladstone Hollow that Letty and Randy Johnson now own.

After high school, Bill had first worked in an auto shop for Lowell Peckham, then gone up to Cornell to take a course in milk testing and worked for a year as a milk tester for the Dairy Herd Improvement Association, measuring the butterfat content of each cow’s milk to help the dairyman improve the value of his herd.

After his marriage, Bill went to work for his Uncle Fred on the farm on Palmer Hill where he was born. He had lived there until the death of his mother, Annie Ruff, when Bill was eight. At that time his grandparents took him to live with them in the farmhouse at the top of the hill where he stayed until his grandfather died in 1944, when he moved in with his Uncle Allie and Aunt Alfreda Bramley on Beech Hill. His father, William Thomas Taylor, played almost no role in Bill’s childhood, but the child enjoyed visiting his Taylor grandparents in Walton where his Grandmother Taylor babied him and his English grandfather, who was night watchman at the silk mill, frightened him a bit when he rose up late in the afternoon demanding his tea..

Now, Fred Ruff looked at his hardworking, newly-wed nephew and shook his head, “You can’t make no money working for me. I’m going to talk to the man who runs the Andes Coop Creamery.” It turned out that all Bill’s early training came together at the creamery, a brand new plant rebuilt after the fire of 1946. He tested milk, ran the boilers and separators, operated the powdered milk and ice machines, and did most of the repairs. By his own admission, he got “quite an education.”

Eighteen years later, sensing that the creamery would soon close, Bill took work with Ed Shields & Son, a plumbing concern in Downsville, which prepared him to open his own business, TAYLOR PLUMBING AND HEATING, on Main Street in Andes. In the ‘nineties he retired and put his skills to work supervising the Town Transfer Station and acting as Commissioner of Public works in the village. He has also served as Village Trustee.~

Mary and Bill had two children: Barbara, who is married to Michael Hall and works in the Treadwell Central School; and Shawn, who is Supervising Electrician at SUNY Delhi.

In the ‘fifties the Taylors moved from their apartment to a farm on Cabin Hill and then to the house with the picket fence on Main Street where Bill lives today. At first they quailed at the thought of buying a dilapidated hulk that had been long vacant, but Dr. Bob Glendenning who had inherited it with his brother Archie, said, “I’ll give you $1,000 to fix it up.” Bill made it livable, bought it and moved in. He finished the repairs and Mary bought antiques to furnish it. She had such a good eye and enjoyed choosing things so much that she opened “Gingersnap,” a little shop in a shed in their backyard. When the shop outgrew the shed, they remodeled half of Bill’s shop up the street to house her business. People said shopping at Gingersnap was like going through a museum. And Mary herself made it a treasure. She was “smart as a whip” and “a great lady” who learned about antiques by assiduous reading and kept meticulous books for both businesses. Beyond that, she was a faithful friend who visited the sick every day and sent cards and flowers in abundance. She died suddenly in 1996 from complications of diabetes and heart failure.

Bill has carried on gallantly. His congregation ordained him a Presbyterian Elder. He serves on the Session and is active in the Forum Society. An excellent photographer, he has recorded scenes from his many trips and spectacular views of Palmer Hill in the fall.

He treasures his grandsons: Jeremy who teaches Web Design at his Alma Mater, Bard College; and Christopher, a Vassar College graduate, whose Junior Year in Edinburgh, Scotland sparked such an interest in world travel that he has visited every country in Europe, as well as Australia, New Zealand and Japan. Chris is currently studying for a Masters’ Degree in computer science in Portland, Oregon. To his grandfather’s delight, he will be home for Christmas.

Bill Taylor has known great joy and deep sorrow and he has persevered. His unquenchable spirit radiates from a still-handsome face. People seek him out for his sturdy, common sense and unfailing generosity, as well as for his canny mechanical genius. A good man to have around, and a blessing to us all. ~